Editor. Daniel is the executive producer of Radio Ambulante, and teaches at the Columbia Graduate School of Journalism. Twitter: @DanielGAlarcon

Editor. Albert is an investigative reporter at BuzzFeed News, and author of “Never Ran, Never Will: Boyhood and Football in a Changing American Inner City.” 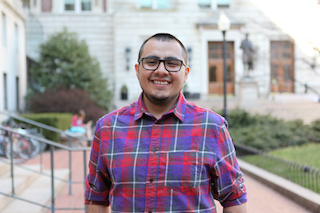 Reporter. Diego was born and raised in Lima, Peru. He is new to journalism, but works in social services, which ignited his passion to talk to people and listen to their stories. He is interested in covering the LGBTQI+ community,  immigration, and Latino/Latinx stories. Contact him at djb2211@columbia.edu Instagram: @catequil1931 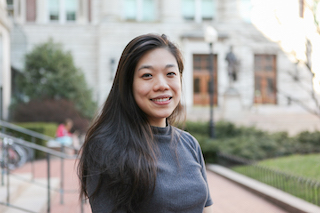 Reporter. Daphne is a writer, journalist, and data nerd. In her past life, she worked in social science research at places like MDRC and the UChicago Crime Lab. Now, she writes a lot about food and is around 70 percent popcorn at any given time. Contact her at daphne.chen@columbia.edu Twitter: @datadaph

Reporter. Sarah is a documentary storyteller covering women’s health and mental health. She grew up in Portland, Oregon, and graduated from the University of Washington. Prior to attending Columbia, she worked in the arts in Seattle, fished for salmon in Alaska, managed a non-profit in Haiti, served as multimedia manager for Oregon Health and Science University, and spent lots of time in the mountains.  Contact her at s.jenks@colubmia.edu Twitter: @sarahrosejenks

Reporter. Yeji is a Korean-Canadian who’s lived back and forth between the two countries her entire life. Yeji has worked at publications based in Paris, Seoul, and Washington D.C. and specializes in international news with a focus on the Korean Peninsula. Contact her at yeji.lee413@gmail.com Twitter: @jesse_yeji

Reporter. Emily really likes listening to stuff, and wants to make stuff that (hopefully) you will like listening to. She’ll answer the “Where are you from?” question differently depending on how comfortable she feels around you. (She’s uncomfortable around people by default, so don’t take it personally.) Emily studied economics at UCLA, then worked as a consultant and news program producer in Singapore before attending Columbia. Contact her at erl2148@columbia.edu

Reporter. Cosette is spending her time at Columbia focusing on audio storytelling. She’s previously written for the Southampton Press and WSHU Public Radio. When she’s not hunting for stories on climate change, inequality, and crime, she can be found running outdoors or hiking. Contact her at cbn2122@columbia.edu Twitter: @cosettebronte

Reporter. Ali is a print, digital and audio journalist, and live event producer. Born and raised in Atlanta, Georgia, she graduated from Dartmouth College before working at CNN Health & Climate. Ali covers health, science, sports, gender, and everything in between. She can often be found running by the Hudson or searching for the city’s best nachos. Contact her at alexandrapattillo@gmail.com Twitter: @alipattillo

Reporter. Emily was born and raised in Melbourne, Australia. She graduated from the University of Melbourne, where she studied media communications and criminology. Emily worked at lifestyle publication Broadsheet in multiple roles including assistant editor, social media editor, and audience growth editor before coming to Columbia. Listen out for her “ocker” accent. Contact her at eep2145@columbia.edu

Reporter. Christina is a journalist and documentary filmmaker from Queens, New York. She graduated from Lafayette College, where she studied film and women’s and gender studies. Prior to attending Columbia, Christina was an editor on a feature-length documentary on mass incarceration of women in Pennsylvania, and a multimedia fellow at the Texas Tribune. Contact her at christina.shaman@columbia.edu Twitter: @ChristinaShaman

Reporter. Cosima was born in Asuncion, Paraguay, and raised between Washington D.C., Germany and France. She attended Tufts University, where she studied sociology and Spanish literature. Prior to Columbia, Cosima worked as a producer in television and commercials. After graduation, she hopes to produce nightly news with a focus on immigration, transnationalism, and culture. Contact her at ces2134@columbia.edu

Reporter. Jeevika is a journalist and poet from India. She studied creative writing at the University of Washington, where she wrote for her college newspaper, The Daily. After freelancing for a while, she wound up in the media team at NPR, where she decided she officially wanted to be in the newsroom and not outside it. Contact her at jv2664@columbia.edu Twitter: @_jeevika 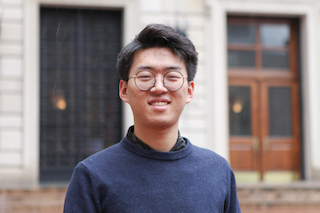 Reporter. Zeyi was born and raised in Wuhan, China. He studied philosophy at Peking University, but found himself skipping classes to report for the student newspaper. He was told he’d be less interested in journalism if he studied it, so he came to Columbia to test that theory. Fortunately, that’s not the case; he’s loving honing his video and audio skills to tell better stories. Contact him at zeyi.yang@columbia.edu Twitter: @ZeyiYang